It is amazing to me as a web designer that I still see websites being designed that overlook smartphones and tablets. With the “death of the PC”, you would think web designers would put more emphasis on responsive design, but some still do not. Why does this matter? Well, let’s talk about responsive design, and then you will see why it’s so important to include it, and the ultimate cost of not doing so.

What is Responsive Web Design?

Responsive web design (RWD) is a web design approach aimed at crafting sites to provide an optimal viewing experience-easy reading and navigation with a minimum of re-sizing, panning, and scrolling-across a wide range of devices (from desktop computer monitors to mobile phones).

A site designed with RWD adapts the layout to the viewing environment by using fluid, proportion-based grids, flexible images, and CSS3 media queries(an extension of the @media rule).

Now What the heck does that mean?

Now that you have an idea of what responsive web design is, why should you not overlook mobile visitors from smartphones and tablets?

According to a study conducted by Google in 2012, 94 percent of smartphone users look for local information on their phone and 90 percent take action, such as making a purchase or contacting a business. If you have a business, addressing your mobile presence is a must.

In June 2013 Google’s Matt Cutts, head of search spam, said the search engine will begin to demote mobile websites with slow load times in its search results. As early as 2010, Google started incorporating site speed into their ranking algorithm.

Below are some compelling statistics via HubSpot:

The take away from this is that a website built using responsive design is the answer to attracting and keeping more mobile visitors. Not considering tablet and smartphone users when having your site built is like turning almost half of them away from your business.

Get a quote from Black9Design today!

Get your desktop, mobile, and tablet website all in one design. Black9Design.com offers responsive web design services which means your website eill restructure itself depending on the screensize it is being viewed on. No longer will you lose customers visiting your site from a smartphone due to them having to constantly expand in and pan out. Get your website designed by Black9Design.com today 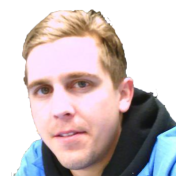